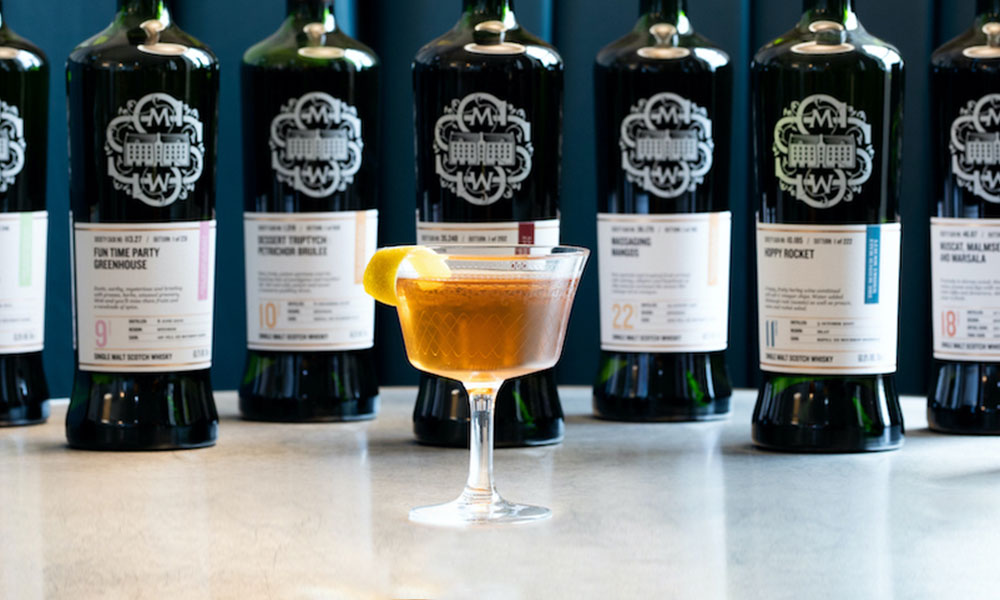 The Scotch Malt Whisky Society are providing an endless selection of the classic cocktail available at 28 Queen Street, Edinburgh

The iconic cocktail can be varied to perfectly suit any taste as it uses scotch whisky as its main ingredient, along with vermouth and a splash of liqueur, often Benedictine.

The Society’s catalogue of unique single cask single malt whiskies, which are all categorised by flavour, allow for the ultimate customisation of the drink. Whisky lovers can experiment with twelve twists on their tipple with flavour profiles ranging from Old & Dignified to Young & Spritely.

A lighter whisky makes for a refreshing drink with citrus notes, whereas a more matured malt will allow for a much sweeter Bobby Burns variation.

The sumptuous cocktail’s true origins remain unclear, with the first known recipes for it appearing in the 1930 ‘The Savoy Cocktail Book’ and initial popularity in New York, however it is now drunk to toast the famous bard’s birthday annually.

The Scotch Malt Whisky Society will be running their ultimate Bobby Burns menu at their venue at 28 Queen Street, Edinburgh, from 22nd Jan to 2nd Feb.

The Scotch Malt Whisky Society was founded in 1983 through a spirit of friendship – a small group of people who used the discovery of single cask whisky as a reason to get together and enjoy each other’s company. The SMWS now has more than 26,000 members across the world.